Around the World in a Decade – Portrait: Heikki Kaltola 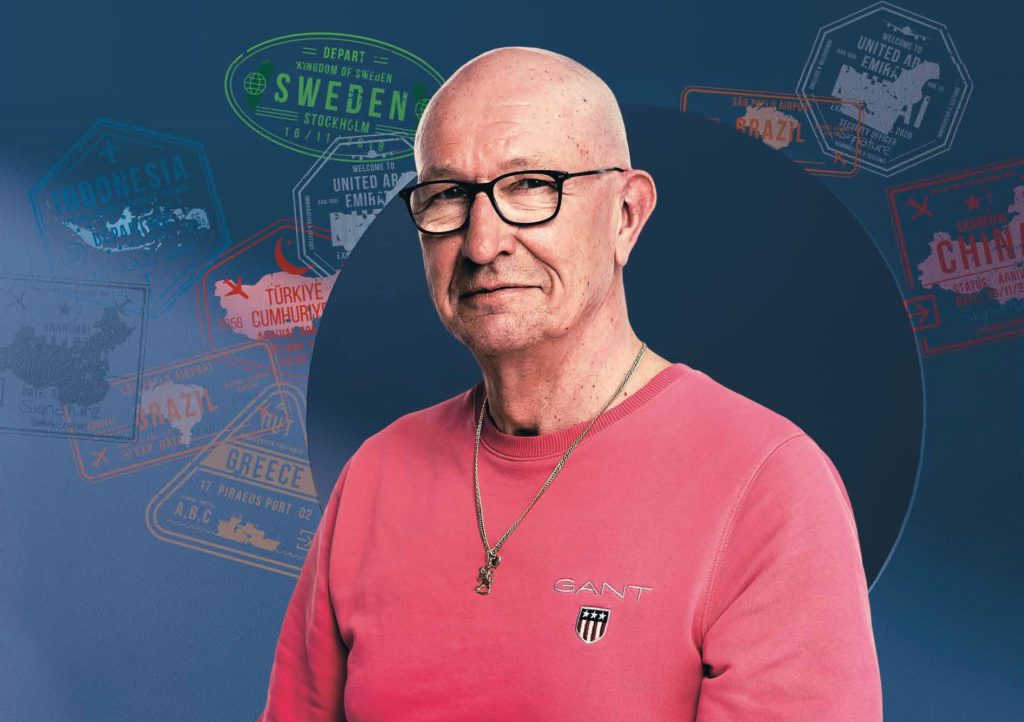 Heikki Kaltola is one of Prohoc’s seasoned professionals, currently working as an Electrical Supervisor in Brazil. Over the past ten years, he has worked in 16 different countries.

Around ten years ago, Heikki Kaltola was sitting on an airplane, on his way to his first-ever secondment abroad. From the perspective of Finland, the destination was far-flung: Africa, Gabon, and the coastal city of Port-Gentil. A gas engine power plant was under construction in the city. “My language skills were still pretty weak back then, but as a person I’m not the type to get nervous about things in advance. Never have been,” says Kaltola, who works as an electrical supervisor.

Back then, he had just joined Prohoc. Now he can look back on a decade-long career in the company, encompassing 21 projects and 16 countries across the world. “I have seen quite a few countries and cultures. It may be the very best thing about my work.”

Applying is always worth it

Heikki had worked in maintenance at a paper mill in his hometown Inkeroinen for 30 years. After the decades there, he decided to try something new. Heikki completed a vocational degree in refrigeration, found work in the field and ended up working at a mining project underway at the time in Sodankylä, Lapland. And then he spotted an ad concerning an open vacancy: a company looking for an electrician who’d be working in Africa.

“I sent in my application. A couple of weeks later I got a call from Prohoc’s then CEO, Matti Manner. We had a chat, and, in the summer of 2012, I joined Prohoc.”

Heikki was 51 when he stepped into a new world. While his tasks as an Electrical Supervisor were something he had plenty of experience in, working at far-flung destinations was still very different. “I’ve visited some pretty special places. A mountainous region in Iran, located in a restricted area. China and Indonesia. One of the sites I worked at was in Ust-Ilimsk, Siberia. The temperature there at the time was 46 degrees below zero,” says Heikki.

“The sites I’ve worked at have included power plants, copper and titanium works, container cranes and boiler units.” Many things have also changed over the past ten years. Prohoc as a company has grown and developed. And the same can be said about Heikki: his skill set has developed, and his job description has expanded. In addition to electric installations, his responsibilities nowadays include instrumentation and deployment.

Heikki is currently working in Brazil, at a gas engine power plant under construction there. For Heikki, this means a 3–6-month project before he returns home. Although successful projects are always rewarding in and of themselves, the return home is always a happy experience. Heikki’s home has always been in Inkeroinen. “I’ve seen a bit of the world, but I’ve lived in the same town for my entire life.” Heikki lives with his wife Anne and their seven-year-old Havanese dog, who goes by the name of Lilli. But there’s also something else important waiting for him at home. “The sauna!”

“I really enjoy going to the sauna, and I try to find one whenever I’m seconded abroad. I’ve seen quite a few of them as well, of all types.”